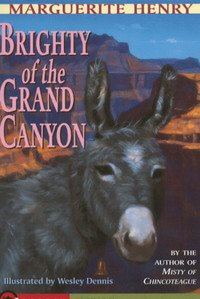 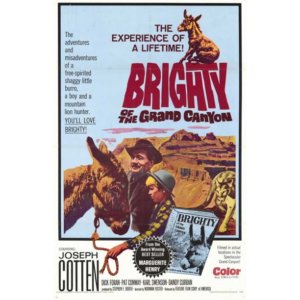 In fond memory of the lore of Brighty

“Brighty has long since left this earth, but some animals, like some men, leave a trail of glory behind them. They give their spirit to the place where they had lived, a part of the rocks and streams and the wind and the sky. Brighty’s spirit lives on, forever wild, forever free.”

Brighty of the Grand Canyon is a 1967 film based on the 1953 children’s novel of the same name by Marguerite Henry. This fictionalized account of a real-life burro named “Brighty”, who lived in the Grand Canyon of the Colorado River from about 1892-1922 has become a classic part of the lore of the Southwest in only a few decades. 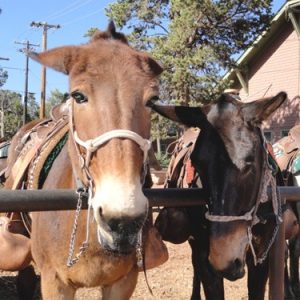 As a child growing up in the “Grand Canyon State”, I always knew about Brighty. On my decades of trips to the Canyon, however, I never have seen a domestic mule such as the fictional Brighty gone feral in the Canyon. And as an adult today, I realize such feral animals pose a threat to delicate desert ecosystems of the west.

Nevertheless, every time I go to the South Rim, I get a thrill out of seeing the mules in the corral and the daily ritual of stoic mules heading down the Bright Angel Trail each loaded up with an excited visitor. Your initiation rite begins when your mule seems to lean over the edge on those outside corners. And suddenly you are hanging on for dear life as you stare straight down into sheer, dizzying depths that your mind cannot comprehend. You put a lot of trust in those mules.

Originally named “Bright Angel” after a creek that flowed into the Grand Canyon from his summer dwelling on the North Rim, Brighty spent summers carrying water from a spring below the rim to accommodate tourists coming to the canyon. He was smart—he would kick a man he thought dishonest. He was gentle—children could ride endlessly on his back without his being provoked.

He was known for his ability to camouflage himself against the gray rock when a stranger approached. Brighty loved to impress his friends bouncing bellows of mule laughter off the canyon walls. Brighty was said to be the first to cross the suspension bridge built over the Colorado River in 1928. He even hunted mountain lions with former U.S. President Theodore Roosevelt.

Here’s to the spirit of independence, fortitude, loyalty and courage of Brighty. He will always be one of my heroes.

Grand Canyon and Sacred Peaks Journey:
ancient connecting places between humans and spirit.
~ a personalized journey ~
We circle the San Franciso Peaks – the highest point in Arizona – enroute to the South Rim of the Grand Canyon. For Hopi, Navajo, Havasupai, Zuni, Apache and other tribes, these are holy places associated with emergence, deities, ancestors, life giving moisture and ceremony. Merging of mythic meanings and your receptiveness to power of place can heighten your experience.