Mystical Contemplation and Frequencies of Consciousness

Mystical Contemplation and Frequencies of Consciousness from Scientific Perspective

“The practice of mysticism involves contemplation, which is a state of mind beyond concentration.

“It is a paradox that higher frequencies of consciousness are obtained by lowering the frequency of the brain. Higher consciousness is a frequency of mind, not a higher electrical brainwave activity. Consciousness and electric energy resonate with the carrier field which is the fabric of the universe.

Our body has the innate capacity for direct knowing

“Information is constantly streaming in nature.  Life forms have a capacity to know, react and transform themselves.  Cells communicate using protein signals and other molecules to relay information to one another.

Humans communicate with language. But contained with our body is the innate capacity for direct knowing:   our one hundred trillion cells communicate with one another through an exchange of chemical signals using about 11,000 signaling proteins.” Jeremy Narby

“The Field is the only reality.”

Einstein said that, “The most beautiful emotion we can experience is the mystical. It is the power of all true art and science. He to whom this emotion is a stranger, who can no longer wonder and stand rapt in awe, is as good as dead.” 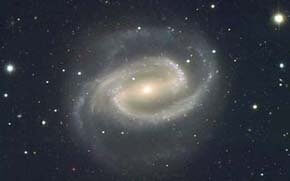 Physics has discovered what was part of known reality of our ancestors.  Prehistoric art around the world depicts spirals, labyrinths, circles, stars, the sun and moon.  These are archetypal forms inherent to all of the cosmos to which we all are linked.

“I have to believe that Einstein was able to see the world and we who are attached to it as an holistic, conscious system that behaves interactively with humans, plant and animal life… Not only Earth, but the Sun and all of the cosmos is living being.” (Wayne Moody, The Millennium Group)

Life Force of the organism is synchronised harmonically to the 24 hour period of the rotation of the earth.

The liquid crystal nature of living cell membranes stimulates resonance in exactly the same coherent, phased and polarised fashion as the Earth Energy that affects it, ultimately forming a super synchronous system across the body as a whole. This is often referred to as the Life Force of the organism and is synchronised harmonically to the 24 hour period of the rotation of the earth.” Jiro Olcott

“The Schumann Resonance vibrates at a pulse of 7.83 Hz and it is said to be the heartbeat of mother earth.

When a person’s brain waves resonate with 7.83 Hz, it has been shown in scientific studies to be an essential requirement for physical and psychological health. Laboratory research has also shown that exposing living cells to the Schumann Resonance had the effect of increasing their immune protection.” Ian Legg