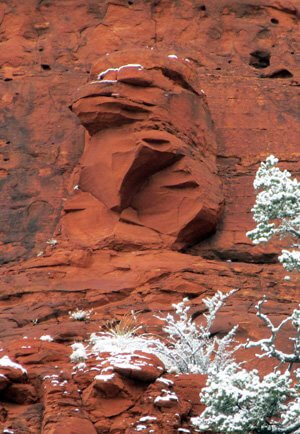 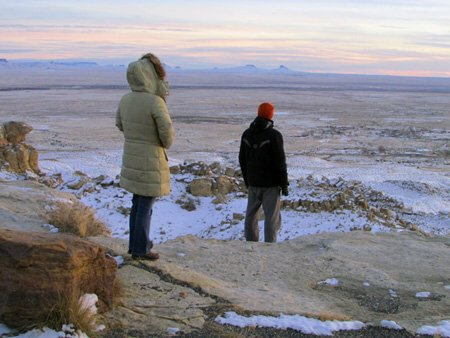 During our sharing in personal circles with Hopi people we became immersed in a sense of  timeless flow.

In humble settings on winter wind-kissed remote mesas, we sensed ourselves as part of a bigger circle of humankind.  Here in the stillness of winter’s onset, life is in incubation beneath the surface.

Words and expectations fell away as we, the welcomed non-Hopi guests on Winter Solstice at Hopi,  shared hearts and positive intentions in circles with warm-hearted Hopi people.

We watched in awe as the winter solstice sun set behind the holy mountain of the Hopi people, the San Francisco Peaks.  We could easily imagine ancestral sun-watchers doing this here for thousands of years.

As we stood there, we understood that faith ancestral peoples have carried through time that a new light and life was returning. In that moment I had a flash of understanding of the power of feeling connected to others as we experienced the energies and sights of turning of the seasons with open hearts and positive thoughts.

I treasure this insight from one of our group who realized, “what it means to celebrate the solstice to understand the cycles of mother earth more deeply, subtly, intuitively.” And how “My prayers and my intentions grew from the relative singular to the collective – all of humanity in a fuller way then ever before. Some Hopis never leave their land but their prayer touches the entire world.”

Article and photos by Sandra Cosentino

Eagle head carved by Hopi ancestors long ago here at a Sedona area ancestor shrine site.  It signifies prayers to Creation for life positive abundance for all peoples. Seen here with snow on his eyebrow stoically watching during this winter incubation time.